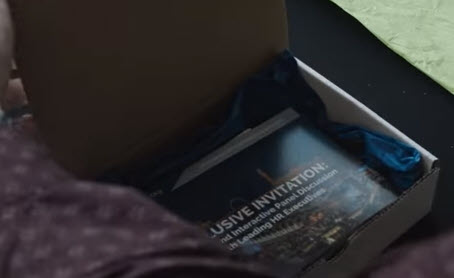 You are here: Home / ABM / How to Create Awareness and Leads using an Account-Based Marketing Strategy

Let’s say the objective that marketing and sales agreed to was to create air cover for sales.  This means creating some awareness to make sure that your targeted account audience knows your product or service offering and how you can help them and then that would help then the sales side of the house that was doing some personalized and very specific outreach to warm up those prospects.

In a few campaigns where we had these objectives we started with re-targeting ads and display ads because those are a quick way to generate some awareness.  We put together a series of ads that people would cycle through based on their engagement with the previous ad. We included a direct mail piece where we again identified the key decision-makers based on some engagement.   Both on the marketing side and the sales side targets were sent some sort of small gift initially to get in front of them remain in front of them and reinforced the brand’s value proposition.  Everything was really coordinated and strategically timed so that they were all building upon each other.

There were some challenges implementing the strategy.  These buyers were new to us and there was a new audience and so not only were they not familiar with our brand, but they also weren’t familiar with  our solution and so we shifted our strategy away from how to market and sell better to these segmented buyers to just educating them around the value of solution.  One effective way that we found to doing that was leveraging Facebook advertising where we could target by company name, first name, last name and email address to be able to get in front of the right people.

So, how do we measure this.  If the campaign is going well then the sales team is experiencing really better open rates better responses and more meeting set because we’ve laid the foundation to establish our brand as the leading solution.

The SDR team identified fifty or so good fit companies that would be an ideal prospect for the segment data set.  The company size was small, between 100-500 employees and they preferably sold technology products and outreach is based on personas.   They had several personas; heads of sales, head of marketing, business demand generation, sales ops and inside sales and then we also had one for the SDR role.  Each one of those buying persona has had about eight to ten emails per sequence for each call cadence.   If  multiple opens were seen on an email they would know that that lead is really interested and they deserve more calls than a lead who hadn’t opened emails.  Based on job title,  so ahead of sales it’s going to get more calls in an SDR that would be a better place to start.  The higher up in the org chart someone is the closer they are to a decision maker.

Trigger alerts were sent to notify SDRs about projects at other companies that’ll fall into the wheelhouse. So company XYZ has expressed interest in investing in a new “brand” tool a trigger would be sent and then SDR would send the decision makers a note and reflect their place in org chart.  SDR would phone verified email address.  This is actionable data and actionable leads.

After doing additional researching on target accounts and realizing that most of them are in the segment of  technology providers, we found a conference that was related to the segment and technology and so we wanted to capitalize on the opportunity to get in front of so many of our target accounts.  At the event was a dinner and a panel discussions – we had four panelists and we loosely guided the questions in the beginning part of the event was moderated by the CEO and CTO and the last part of the event was a question-and-answer to give our attendees the opportunity to interact directly with the panelists.

Some other ideas the sales teams used, was to follow up and network after the show. At the show to get in front of the the decision-makers we wanted to get the general feedback and provided post event evaluation forms that we laid out on the tables for the guests. 86% of those who responded said that they were satisfied with the event and they would attend another event hosted by us and of those people half of them responded that they would like direct follow-up from us.

The surprising conclusion was not only was it just understanding our brand but they were referencing certain components of the outreach whether it was a direct mail piece of whether it was oh I got like a really great email on a phone call from you.  It was a reaffirmation of yes this can work and it’s not just single threaded  like an email or website visit or a phone call.  It’s really having multiple, orchestrated touch points and that realization having people tell us that they recognize that was refreshing if not surprising.

For More information on how to best evolve your campaign strategy – connect with us. 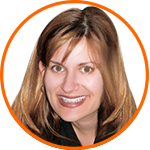 I want to share my experiences with ABM and demand generation programs. My goal is to help businesses and teams create successful, integrated campaigns without making unnecessary mistakes and increase opportunities into your target accounts.

Learn how to become a successful demand generation team by doing it without squandering your time.

Sign up for the newsletter and receive updates on new blog posts. There I will help you discover smarter ways to create delightful campaigns and generate more sales opportunities.

A Day in the Life of a Modern Marketer